It’s been cool to see more and more Highlander decks around, and I’ve continued to have a lot of fun with the format. There have been some announced changes to the way the points system is being implemented, some of you asked for the latest build of my BUG Value Highlander deck, and I have an idea I’d like to put out there about one of the more minor rules for Highlander.

The new points system sounds kind of scary, but it’s really not. The basics are that instead of seven total points available, you’ll now now ten total points to work with. The key here is that all pointed cards are also being moved up a bit on the scale accordingly. This allows for more granularity with the points system.

As an example, let’s look at Mind Twist. 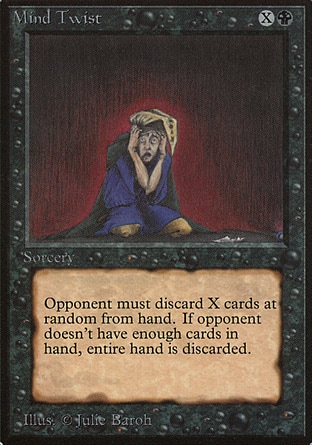 Mind Twist is undeniably powerful, but should it be pointed?

The powers that be have had it at one point, but also, more recently, at zero. The truth of the matter is that Mind Twist is probably not worth a full point, but it is worth more than zero points. It’s probably worth like .7 points. But with the old system they had to decide between one point which felt like a little too much, or zero, which felt like not quite enough.

This applies for all of the cards, and it lets things be more granular while not drastically rocking the boat. Case in point: my BUG Value deck was at seven points before and is at ten after the change, so I don’t even need to do anything if I don’t want.

My first Highlander deck and what is sure to remain my favorite. Some of you had asked for the latest list, so here it is: 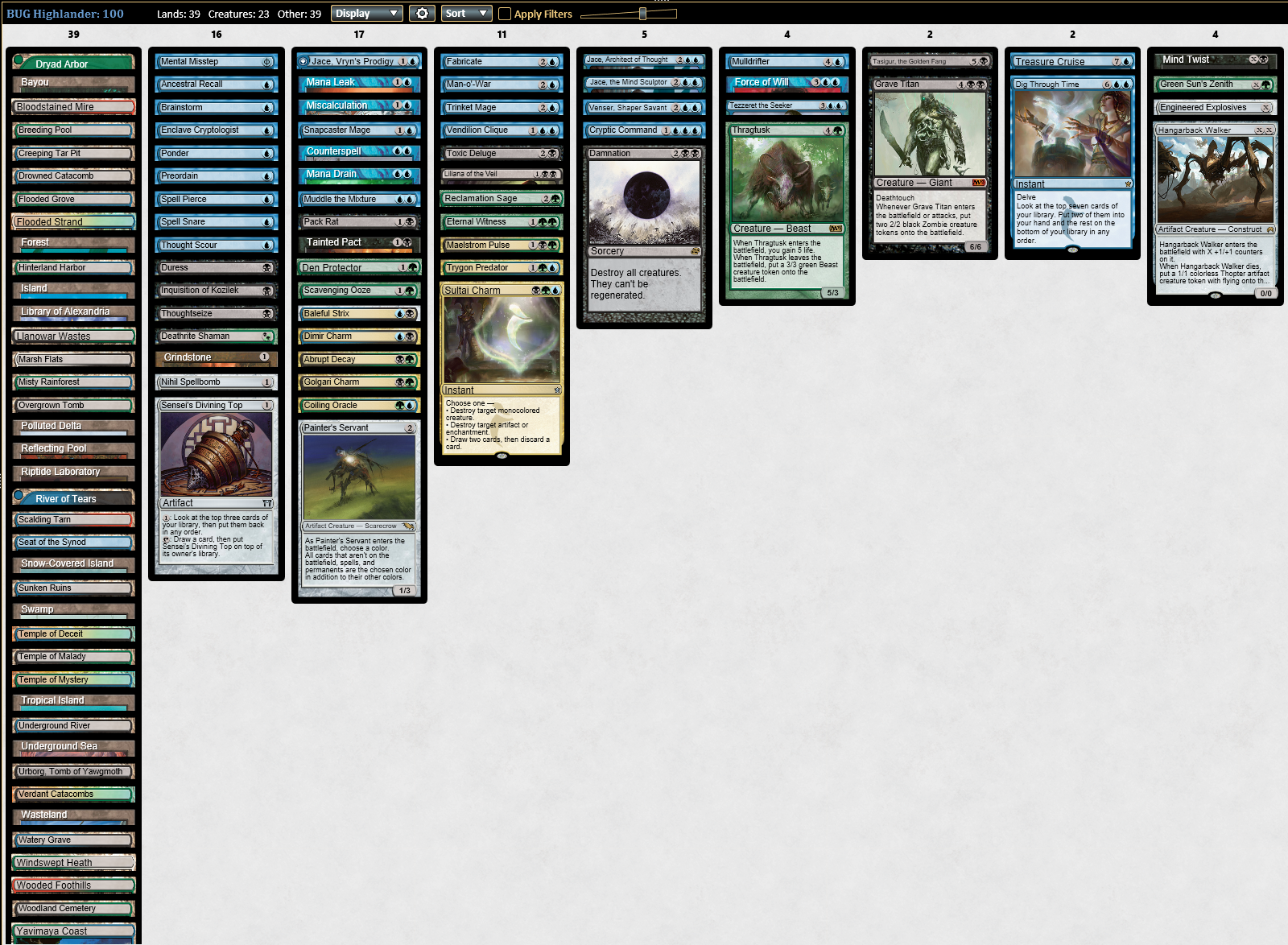 I’ve been tweaking some things with it but overall it’s just about the most fun I can have playing Constructed Magic. If you are a lover of value, I’m confident you’ll agree.

The rules for Canadian Highlander have a twist on mulliganing. From the official rules page:

“In Highlander, each player is allowed two mulligans at 6, 5, 4, 3, 2, and 1. Additionally, we follow the Vancouver Mulligan system.”

I’ve never followed this rule. I think it should be changed so that the mulligan rule reflects the normal rules for mulligans.

I really like then when I tell people about the format, I can just tell them it’s just Constructed Magic.

“But are there commanders?”

“What life total do you start at?”

What life total do you start at in Magic? Twenty.

“How many players play in a game?”

How many in regular Constructed? Just two.

“So it’s a Vintage variant then, but otherwise regular Magic?”

And this is where I would have to trot out the mulligan rule.

I’ve never used it in my play for Highlander. I’ve probably played a hundred matches of it and have never recognized the rule, and everything seems to have gone just fine. Incentivizing people to mulligan more (by allowing a “free” extra mulligan on six cards) also slows the games down a bit.

I also play a fair bit of Highlander on Magic Online, where this rule isn’t possible. That doesn’t feel right either.

I think the rule should go. It’s a small change, as this rule doesn’t have a massive impact on the format, but I think it helps clear the way for new players in a meaningful way, and it makes the rule fully applicable in both real life and online.