At GP Cleveland, a bunch of coverage people were out at dinner and got to talking about what would be the first pick in a Modern Rotisserie draft. (Rotisserie draft is where you draft all of the available cards face up)

The standard issue arguments and discussions ensued and after the dust settled, it was decided that we simply had to make this happen.

With Randy Buehler’s recent experience running the Vintage Super League, he was the obvious choice for who to run the thing.

He came up with a great lineup for the draft: Chris Pikula, Adam Prosak, Aaron Forsythe, Rashad Miller, Sam Black, Brian David-Marshall, Me, and of course Randy himself.

So what will happen is that we’ll be drafting decks, using the entire legal Modern card pool as our booster pack. We’ll draft 40 cards total to build a 40 card deck.

Our initial discussion broke down into two camps:

Camp 1: Plant a Flag. People in this camp advocated for taking a hard archetype card with your first pick in order to signal your intentions to the rest of the field. Cards like Splinter Twin, Cranial Plating, and Glistener Elf are good examples.

Camp 2: Stay Open. People in this camp advocated for taking generally good cards that go in multiple decks. Cards like Lightning Bolt, Snapcaster Mage and Path to Exile came up a lot.

My first inclination was to be in the first group; plant a flag in a super strong archetype and push everyone else out of it. This way you can use your early/mid picks on value cards and clean up later with key pieces to your deck that nobody else wants.

For example, if you take Glistener Elf first, you’ll want the Inkmoth Nexus as soon as you can get it. But then you can take cards like Noble Hierarch, Remand, Serum Visions, while saving the other infect creatures and pump spells for way later down the line.

After considering how the decks would actually look, I changed my mind. Even though this is called a Modern Rotisserie, we aren’t actually building Modern decks. Many decks in Modern require critical mass of key components to be good. Playing Splinter Twin with *one* Splinter Twin and *one* Kiki Jiki, Mirror Breaker isn’t super consistent. Especially when you consider that you only get one Pestermite and one Deceiver Exarch. There are other cards that are capable of completing the combo, but they are white or cost five mana—not ideal at all.

Also the nearly perfect mana bases we play with in Modern aren’t available. This is a big game changer as we tend to take it for granted how good the mana is in Modern.

I decided that while this was constrained to the Modern card pool, that the decks would be built more similarly to a Cube deck than a Constructed Modern deck.

As it turns out, I got the first pick in the draft. The nature of this kind of draft is that it “snakes” back and forth. So I pick my first pick, and then wait for 14 picks until I get another choice.

When I do a normal Booster Draft, I put a premium on staying open. In Rotisserie that premium is reduced, since everyone can see all of the picks. But when you have the first pick, it’s easy to plant a flag in a color and then watch your color get over-drafted for 14 picks until it’s finally back on you.

With relative openness in mind, these were my three frontrunners: 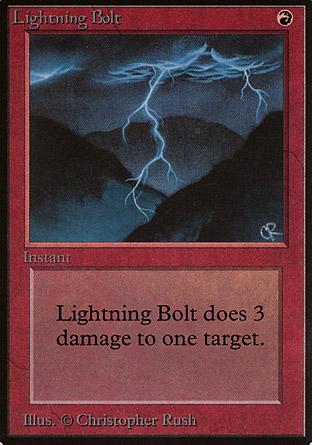 Lightning Bolt is perhaps the most efficient Magic card ever printed. It also goes in many different decks and never really disappoints.

Snapcaster Mage is in a color I’d like to be in, and provides a relatively unique effect with effectively no downside.

Batterskull is expensive by comparison, but is good in virtually all matchups.

I decided to stay open, and take the card that I felt had the most power while not committing to a color or strategy. I took Batterskull.

I figure that this gives me the best chance to keep an eye on how the draft is developing and then take a hard line at whatever I feel is being underdrafted. I also feel like Batterskull is effectively irreplaceable.

I don’t love taking a five mana card with my first pick, but I do love staying open and taking an outright powerful card that is good against effectively all of the decks I plan on facing in the draft.

We’ll be playing the games out on April 22nd, live on stream where you’ll be able to root for your favorite personality.

You can follow along with the picks by looking at the picks spreadsheet here: